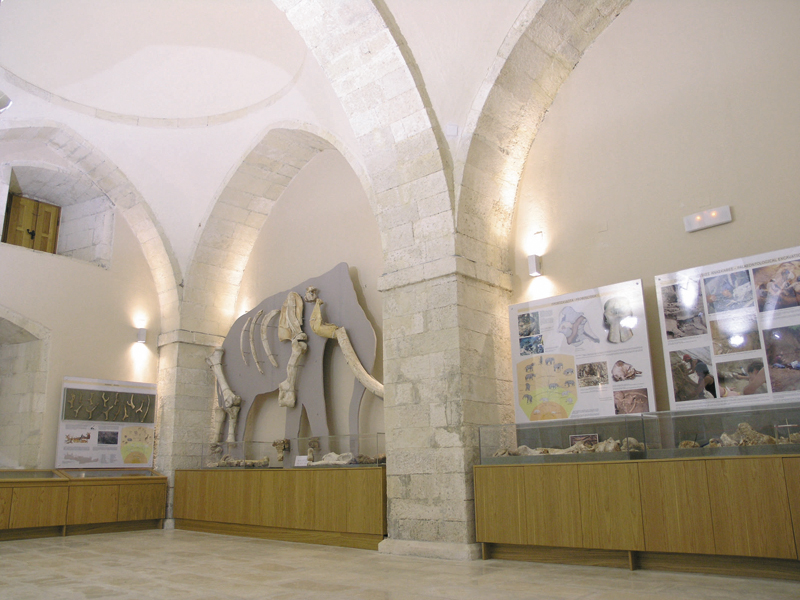 The museum is part of the natural History Museum of Goulandris.

Brief stops will be made in this route, which Crete has followed for the past 300 million years, at the beautiful Paleontological Museum Rethymnon housed in the reconstructed Veli Pasha mosque and part of the natural History Museum of Goulandris.

The material of Crete’s indigenous Pleistocene elephants and deer are significant, all being find in the region of Rethymnon.
Fossils, among others, are also exhibited from Palaeozoic, Mesozoic and Cenozoic marine depositions in Crete.

The Veli Pasha mosque is built a little outside the old town on top of the Venetian church of Agios Onoufrios , the remains of the Ottoman monastery that surrounded the mosque are still visible.

The mosque features a unique main doorway, and its minaret is said to be the oldest in Rethymnon, dating back to 1789. The mosque not only functioned as a mosque but also as a Teke (smoking den).

Find and book a hotel in Crete

Byzantine and post-Byzantine collection of Chania

Boat trip from Chania to the small islands Thodorou and Lazaretta

In the stalactite cave Melidoni

Places to visit in Crete

Preveli palm beach at the estuary of the river Megas Potamos